On a beautiful day in the very beginning of June, two busloads of YES-DC people headed off on a brave expedition to the Jülich Research Center, near Aachen in Germany. This impressively large state-owned non-profit institution with roughly four and a half thousand employees, has a large department on climate and energy research. So, besides having a look at the TEXTOR experimental nuclear fusion reactor, we were also given tours of the Fuel Cell and Photovoltaics research departments.

After arriving, and passing the security check, early in the afternoon at the research centre, first thing on the program was a solid German lunch, much appreciated after our 2.5 hour journey. After this the program started with a mix of talks and tours on fuels cells and photovoltaics. The PhD students who were given the grateful task of showing us around seemed at some point somewhat surprised by our enthusiasm and asking critical questions on all that was presented. It’s truly great to have a group of people with widely differing backgrounds, all joining in on debating and exchanging knowledge, while walking around inside of such a cutting edge facility.

At the end of the day, we finally got to our true destination: the TEXTOR nuclear fusion facility. After being given a thorough introduction on the topic by Dr. Ralph Schorn, we had a look at this truly impressive device. This big torus-shaped plasma container (a so-called Tokamak) is capable of holding superheated deuterium and tritium atoms to a temperature of up to 100,000,000 degrees, where they can undergo nuclear fusion (during which, going along with Einstein’s E=mc2 formula, they release massive amounts of energy). The facility allows research specifically focussed on how the inside walls of the torus can cope with the enormous influx of energy from the fusion process (22 MW/m2, equivalent to a space shuttle’s re-entry), while keeping the massive magnets supercooled to temperatures near zero Kelvin. If this doesn’t impress you, I’m not sure anything will! 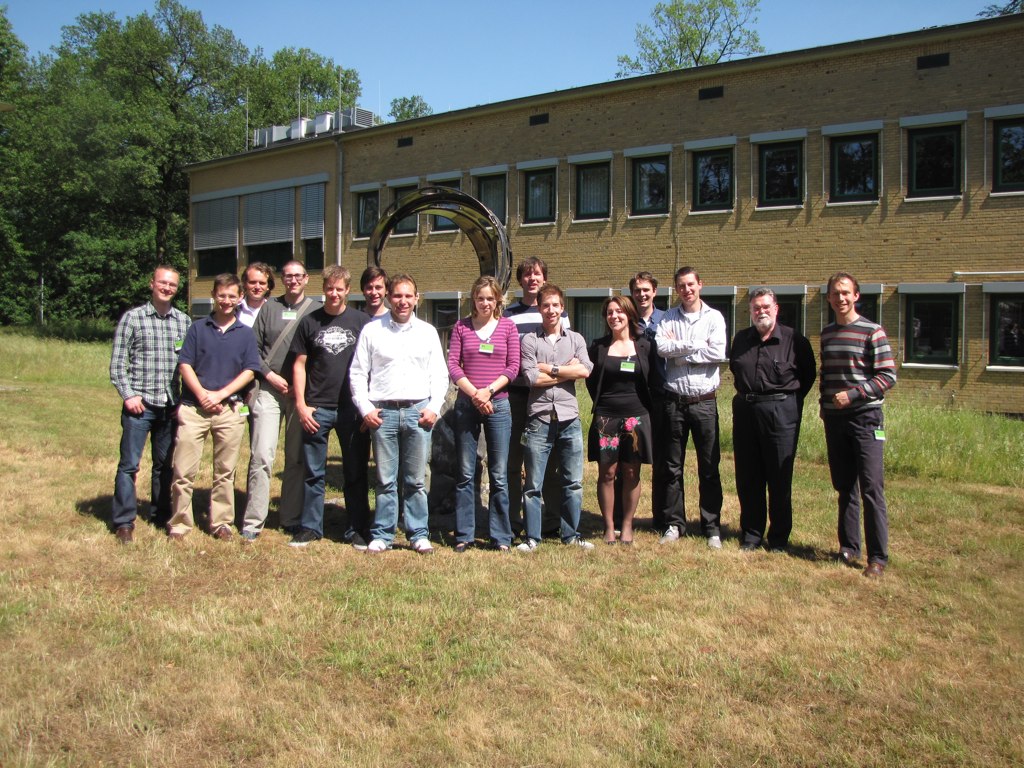 See more pictures of the TEXTOR excursion in this gallery