Join us for the next YES-DC event on the ongoing conflict in Syria, and find out more about the role of energy in Middle Eastern tensions.

When the Arab Spring started in 2011, it soon spread to Syria. Unlike in other countries, the Syrian army did not massively desert to the rebel cause, giving long-time – dictatorial – president Bashar al-Assad the possibilty of staying in office. The chaos that came to be in large parts of Syria that were no longer controlled by the government, showed to be prone to any strong force taking over. In 2014, the very well-organized extremist jihadis from the so-called Islamic State in Iraq and Syria – ISIS or Daesh – seized many lands and resources, including oil-fields. The jihadists are cruelly leading their conquered lands with a corrupt interpretation of Islam, and currently they are posing the main military threat to Assads presidency, next to carrying out terrorists attacks in other countries (for instance Lebanon and France).

Energy is a large driver in conflicts in the Middle East. Turkey is accused of importing oil from ISIS. Kuweit is an oil country that became independent with help from the West. Saddam Hussein tried to reclaim Kuweit but lost the war. Political tension between Iran and Saudi Arabia is manifesting itself on many fronts, including relations with the US and Assad and influences on oil and gas markets. These are just a small selection of examples. 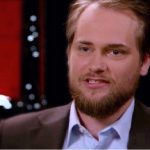 Arjen studied Religious Studies at the Utrecht University and the University of Amsterdam, where he graduated on the relation between religion, ethnicity and citizenship of young Shiites in the Netherlands. He has a background in History and is particularly interested in political and religious dynamics within the Middle East. He also is a co-founder of the Su-Shi Intrafaith Dialogue, as well as the Institute for Middle East Affairs and Studies, for which he writes articles.

Vincent studied to be an islamologist at the Utrecht University and the University of Amsterdam. Together with Arjen he graduated with a thesis on Shiites in the Netherlands. Following their graduation, Arjen and Vincent went to Najaf – Iraq – to visit an international theological congress. Vincent lived in Beirut for six months divided in two periods, and is currently running IMORS with Arjen, as well as working in the Iraq-team of peace organisation PAX. He is participating in Su-Shi Intrafaith Dialogue as secretary, and has his specialty in geopolitical analysis, focusing on Iraq and radicalization. 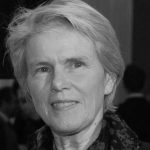 Van Geuns is currently active at TNO as a senior consultant on Petroleum Geosciences. In addition, she has worked as a senior researcher for Shell and the Clingendael International Energy Program. She is an expert in international political and economic developments in the energy sector. Her presentation will expand on the role of energy in conflicts in the Middle East